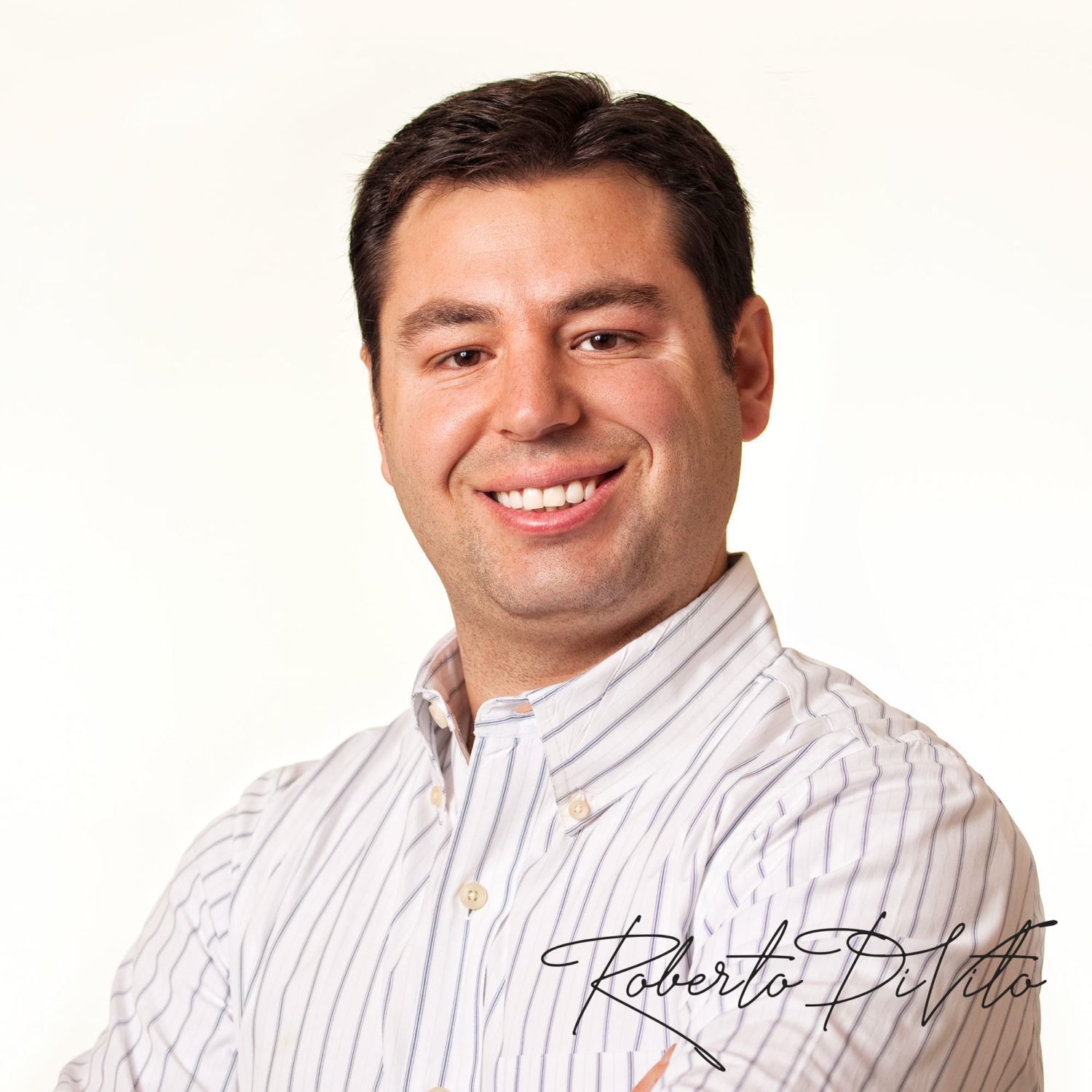 A European Commission report by the BIO Intelligence Service (BIOS) recommending the phase-out of dental amalgam and mercury in button cell batteries has many wondering if the whole of Europe will eliminate the use of dental mercury by 2018.
It’s about time, and hopefully it would push the United States to quickly follow suit. Currently about half of U.S. dentists are mercury-free, and 77 percent of consumers who are informed that amalgam fillings are mostly mercury would choose a mercury-free alternative and are willing to pay more for it.
The European Commission has been working to reduce mercury exposure to humans for the past seven years. While the official stand has been that dental amalgam is safe, recent studies suggest otherwise. Sweden has already phased out dental mercury, and several other European countries have either significantly reduced its use or have imposed restrictions on it. The United States has been shockingly slow to respond to mounting evidence of significant harm from dental amalgam.
It’s important to understand that the term “silver filling” is profoundly deceptive, as the composite material contains anywhere from 49 to 54 percent mercury, not silver. The American Dental Association (ADA) has historically covered up this fact, and at one time even declared that removing mercury fillings is unethical — despite the known fact that dental amalgam emits mercury vapor after it is implanted in your mouth, and this mercury is bioaccumulative and endangers your health in many ways.
The BIOS recommendations have yet to be adopted, but the European Environmental Bureau (EEB) and the Mercury Policy Project say they welcome the study. Project coordinator for the EEB’s Zero Mercury Campaign, Elena Lymberidi-Settimo, said the work shows that “mercury use must be phased out,” especially since alternatives to mercury use in dentistry are available. “It’s high time that mercury becomes the exception rather than the rule,” she said to PR Newswire.

The Environmental Effects of Dental Amalgams

The BIOS report primarily focuses on the environmental impacts of dental amalgam as opposed to the health effects of having mercury, a potent neurotoxin, in your mouth. According to the authors of the report, dental amalgam is “a significant contributor to overall EU environmental emissions of mercury from human activities.” The situation is identical in the US. Still, the report offers plenty of evidence suggestive of the potential health ramifications of the archaic and downright barbaric practice of placing mercury in your teeth.
According to the report:
“The current levels of mercury pollution in the EU are such that all the EU population is exposed to mercury above the natural background level and certain population groups such as high-level fish consumers, women of childbearing age and children are subject to high risk levels, principally due to their high exposure and/or high vulnerability to mercury in the form of methylmercury, which is ingested through the diet.
This presents a risk of negative impacts on health, in particular affecting the nervous system and diminishing intellectual capacity.
There are also environmental risks, for example the disturbance of microbiological activity in soils and harm to wildlife populations. The effects of mercury releases on the integrity of the ecosystem are substantial. Various species, especially eagles, loons, kingfishers, ospreys, ibises, river otters, mink and others that rely on fish for a large part of their diet, have been observed to suffer adverse health and/or behavioral effects.
Observed disorders such as effects on the muscles and nervous system, reduced or altered mating habits, ability to reproduce, raise offspring, catch food and avoid predators have been demonstrated to affect individual animal viability and overall population stability.
According to calculations based on the critical load concept, more than 70 percent of the European ecosystem area is estimated to be at risk today due to mercury, with critical loads of mercury exceeded in large parts of western, central and southern Europe.”

The featured report by the European Commission comes at the heels of another notable report—this one by the World Health Organization (WHO), which also urges “a switch in use of dental materials” away from amalgam. The report was the outcome of a meeting on oral health convened in 2009. WHO noted the following three reasons for the new position:

“Adhesive resin materials allow for less tooth destruction and, as a result, a longer survival of the tooth itself.”
The WHO report also included mention of the known toxic effects of mercury exposure, stating:
“Mercury is highly toxic and harmful to health. Approximately 80 percent of inhaled mercury vapor is absorbed in the blood through the lungs, causing damages to lungs, kidneys and the nervous, digestive, respiratory and immune systems. Health effects from excessive mercury exposure include tremors, impaired vision and hearing, paralysis, insomnia, emotional instability, developmental deficits during fetal development, and attention deficit and developmental delays during childhood.”

Dental Amalgam is NOT the Most Cost Effective Dental Restoration Material

While the general consensus has been that dental amalgam is “a necessity” due to it being the most affordable alternative, this is actually far from the truth when you add in the cost of environmental pollution. Mercury from dental amalgam pollutes:

Once in the environment, dental mercury converts to its even more toxic form, methylmercury, and becomes a major source of mercury in the fish you eat. The cost of cleaning up this environmental hazard is high. According to studies, amalgam is actually “more expensive than most, possibly all, other fillings when including environmental costs.”
As reported by PR Newswire:
“The BIOS report noted that mercury-free fillings appear more expensive than amalgam because the negative external costs associated with management of amalgam waste and effluents are not factored into the market price. Michael Bender, director of the US-based Mercury Policy Project pointed out that if they were, then the real price would be different.
Referring to the situation in the US he said: “If the cost externalities of amalgam were factored in, the average price of an amalgam would be equal to or approximately 15 percent higher than that of a composite“. He added that “According to the BIOS report a similar result could be expected in the EU, because the EU management of amalgam releases and cost difference between composite and amalgam is comparable to that of the U.S.” [Emphasis mine]
The cost of not cleaning up dental mercury from our environment is even higher. The environmental health effects of amalgam are well known and include brain damage and neurological problems, especially for children and the unborn babies of pregnant women. With dental mercury uncontrollably entering the environment from multiple pathways, phasing out amalgam and transitioning to non-mercury alternatives is the only way to reduce – and eventually eliminate – this significant source of mercury that threatens our environment and ultimately our health.

Alternatives are Readily Available … and Desired by Most Americans

Far from being an essential dental product with no viable alternatives, amalgam is interchangeable with many other filling materials — including resin composites and glass ionomers — which have rendered amalgam completely unnecessary for any clinical situation. Already, about half of U.S. dentists are mercury-free and 77 percent of consumers who are informed that amalgam contains mercury choose mercury-free alternatives.
One of the most popular alternatives to amalgam is resin composite. Resin composite is made of a type of plastic reinforced with powdered glass. It is already common throughout the U.S. and the rest of the developed world, offering notable improvements over amalgam, as it:

A lesser-known alternative is increasingly making mercury-free dentistry possible even in the rural areas of developing countries. Atraumatic restorative treatment (also called alternative restorative treatment or ART) is a mercury-free restorative technique that has been demonstrated a success in a diverse array of countries around the world, including Tanzania, India, Brazil, Zimbabwe, Turkey, South Africa, Thailand, Canada, Panama, Ecuador, Syria, Hong Kong, Mexico, Sri Lanka, Chile, Nigeria, China, Uruguay, Peru, and the United States.
ART relies on adhesive materials for the filling (instead of mercury) and uses only hand instruments to place the filling, making it particularly well-suited for rural areas of developing countries.

While even a single mercury filling can contribute to health problems, you should not rush into removing amalgam fillings, as improper removal can take a heavy toll on your health by releasing large amounts of mercury vapor into your system all at once.  So please, do NOT make the mistake of having your amalgam fillings removed by a dentist who is not properly trained in safe amalgam removal. Research has shown that if you do not take proper safety precautions during the removal process, mercury levels in your blood can rise three to four-fold, which may result in acute toxicity.
Therefore, make sure to use a biological dentist that is trained in properly removing mercury fillings.
For a complete description of how to safely remove mercury amalgam, see the guidelines created by the International Academy of Oral Medicine and Toxicology (IAOMT). Some things that need to be done to keep you (and your dentist) safe during the procedure include:

Avoid making the same mistake I did 20 years ago when I had all my amalgams removed by a conventional dentist. He was competent, but unfortunately clueless about mercury toxicity and used no precautions. As a result I received kidney damage. It was an expensive and health-damaging mistake.
I also suggest you get healthy BEFORE having your fillings removed, as you want your detoxification mechanisms optimized prior to removal. To remove mercury that has already accumulated in your body, I highly recommend reviewing my Mercury Detoxification Protocol, which details the things you can do right now to help rid your body of this toxin. If your mercury levels are seriously elevated, you should work with a knowledgeable healthcare practitioner to help you through the detoxification process to avoid further damage to your health.